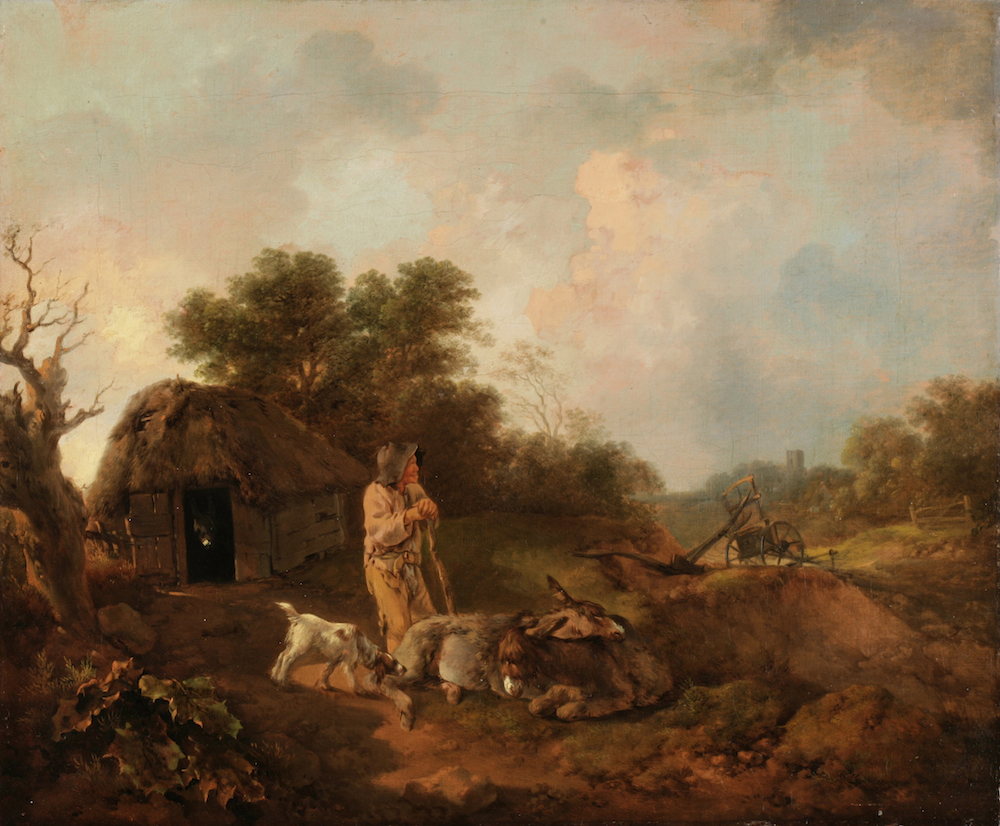 This exhibition marks the culmination of a conservation research project, generously funded by the Paul Mellon Centre for Studies in British Art and carried out in partnership with the University of Cambridge’s Hamilton Kerr Institute. Focusing on a single painting from the Gainsborough’s House collection, it sheds new light on the artist’s early painting technique and methods of working.

The painting in question was allocated to Gainsborough’s House in 2015 through the government’s Acceptance in Lieu scheme. Titled Wooded Landscape with Old Peasant and Donkeys outside a Barn , it has long been recognized as a significant work from Gainsborough’s Suffolk period, demonstrating his growing interest in the sentimental depiction of simple country folk. The identity of the principal subject is unknown, although an additional figure study by Gainsborough appears to represent the same man. Traditionally known as ‘A Suffolk Costermonger,’ this mysterious character was reputedly well known in the Ipswich area.

A central part of the project has been the conservation and technical examination of the painting, carried out by Kari Rayner. Through the removal of yellowed varnish and overpaint, details previously obscured have been made visible. As part of her research, Kari has also created a partial reconstruction, revealing how Gainsborough’s canvas was prepared and how the paint was applied. The opportunity to view this reconstruction alongside the original painting affords a rare glimpse into the artist’s working methods.