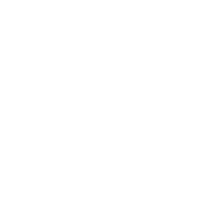 0
Product was successfully added to your cart

Thomas Gainsborough (1727–1788) was born in Sudbury, Suffolk to John and Mary Gainsborough, the youngest of nine children. As a boy, Gainsborough displayed an early talent for drawing and painting, spending much of his childhood sketching in the woods and fields surrounding Sudbury. It was here that his love of landscape painting first developed, a passion that would go on to become an abiding feature of his artistic career.
At the age of 13 Gainsborough left for London to train under the French painter and illustrator, Hubert-François Gravelot (1699–1773). There he became part of the artistic community surrounding St Martin’s Lane Academy, home to notable artists such as William Hogarth (1697–1762) and Francis Hayman (1708–1776).
After his marriage in 1746 to Margaret Burr (1728–1798), Gainsborough returned to Sudbury to work as a portrait painter for the local gentry and mercantile classes.
Soon exhausting the circle of potential patrons in Sudbury, Gainsborough moved with his wife and two daughters, Mary (1750–1826) and Margaret (1752–1820), to Ipswich in 1752. Although his skill as a portrait painter improved considerably during this period, it was not until the family took up residence in Bath in 1759 that Gainsborough began attracting more cosmopolitan and aristocratic clientele. Despite portraiture remaining more lucrative, Gainsborough continued to paint landscapes, often fusing the two genres within a single composition in innovative ways.
By 1774 Gainsborough had moved to London, probably inspired by the foundation of the Royal Academy in 1768, of which he was a founding member.

In London Gainsborough resided in the west wing of Schomberg House on Pall Mall, holding regular exhibitions at his studio. The artist’s relationship with the Academy and its first president Joshua Reynolds (1723–1792) proved to be uneasy, however, and by 1783, Gainsborough had stopped showing his work at its annual exhibitions.

Gainsborough continued to enjoy considerable success in his later career, becoming a favourite painter of King George III and his family. When he died in 1788 at the age of 61, Thomas Gainsborough was widely considered to be one of the greatest artists of his era. He is buried in Kew Churchyard, London, alongside his wife Margaret.

Both in his day and after, Thomas Gainsborough has been widely acclaimed as one of the greatest artists of the 18th century. Often known for his distinctive portraiture of the mercantile and upper classes, Gainsborough was the first important British artist to consistently paint landscapes, helping to establish the genre of landscape painting in England.

Throughout the 18th century, landscape painting was considered a rather lowly branch of art. However, Gainsborough was innovative in often fusing the genres of landscape and portraiture within a single composition – as seen in his most famous work, the double portrait of Mr and Mrs Andrews from 1748 (National Gallery, London). While Gainsborough did sell some of his landscapes, he found portraiture to be the more lucrative genre.

At the height of his career from the 1760s onwards, the demands for Gainsborough’s portraits were such that he suffered from overwork. His earlier, rather stiff likenesses of local gentry and the professional classes had transformed into more naturalistic representations demonstrating the artist’s flair for capturing a sitter’s personality. In his later years, Gainsborough expanded his subject matter further, focussing on mythological and so-called ‘fancy’ pictures with a stronger narrative content.

Unlike many other artists of his era, Gainsborough was an avid draughtsman. His painting method in particular was technically sound, and his portraits – often using thin paint applied in light, feathery strokes – were celebrated for their naturalism and fluidity. He was an experimental artist, using a wide range of drawing or printmaking techniques, pioneering such practices as soft-ground etching and aquatint, and the use of unconventional materials (such as smalt and skimmed milk) for his paint mixtures and drawings.

Gainsborough was heavily influenced by Dutch landscape painting of the 17th century. During his early years in London as a student, he would have been exposed to a rich variety of images from the Continent, through the capital’s flourishing art trade and by visiting private collections. From the 1760s onwards, his growing confidence resulted not only from more sophisticated patronage in Bath and London, but also from his knowledge of important artists such as Anthony Van Dyck (1599–1641), Peter Paul Rubens (1577–1640), and other celebrated Old Masters.

Where in the World

The artwork of Thomas Gainsborough can be found in the collections of many of the world’s finest museums and art galleries. In the United Kingdom, Gainsborough’s House holds the most comprehensive collection of Gainsborough’s paintings, drawings and prints within a single setting – that of his childhood home in Sudbury, Suffolk.

Museum collections containing Gainsborough’s art in the United Kingdom, the United States and elsewhere worldwide are listed below. Please let us know if you have any information pertaining to the whereabouts of other original works by Thomas Gainsborough in museum or gallery collections.

Museum Collections in the United States

* The above institutions are listed in descending order based on the number of artworks they own by Thomas Gainsborough.